Every Christmas Station creates a campaign to communicate that the office is closed and no one is working. 2018 we decided to communicated that through a small playful game as an overlay on the website. The idea was to show a plug that needs to be plugged in, but after a few attempts it says that it's not possible to be connected back.

During this Christmas campaign my part was to work on the concept and create all the visuals and designs around it. 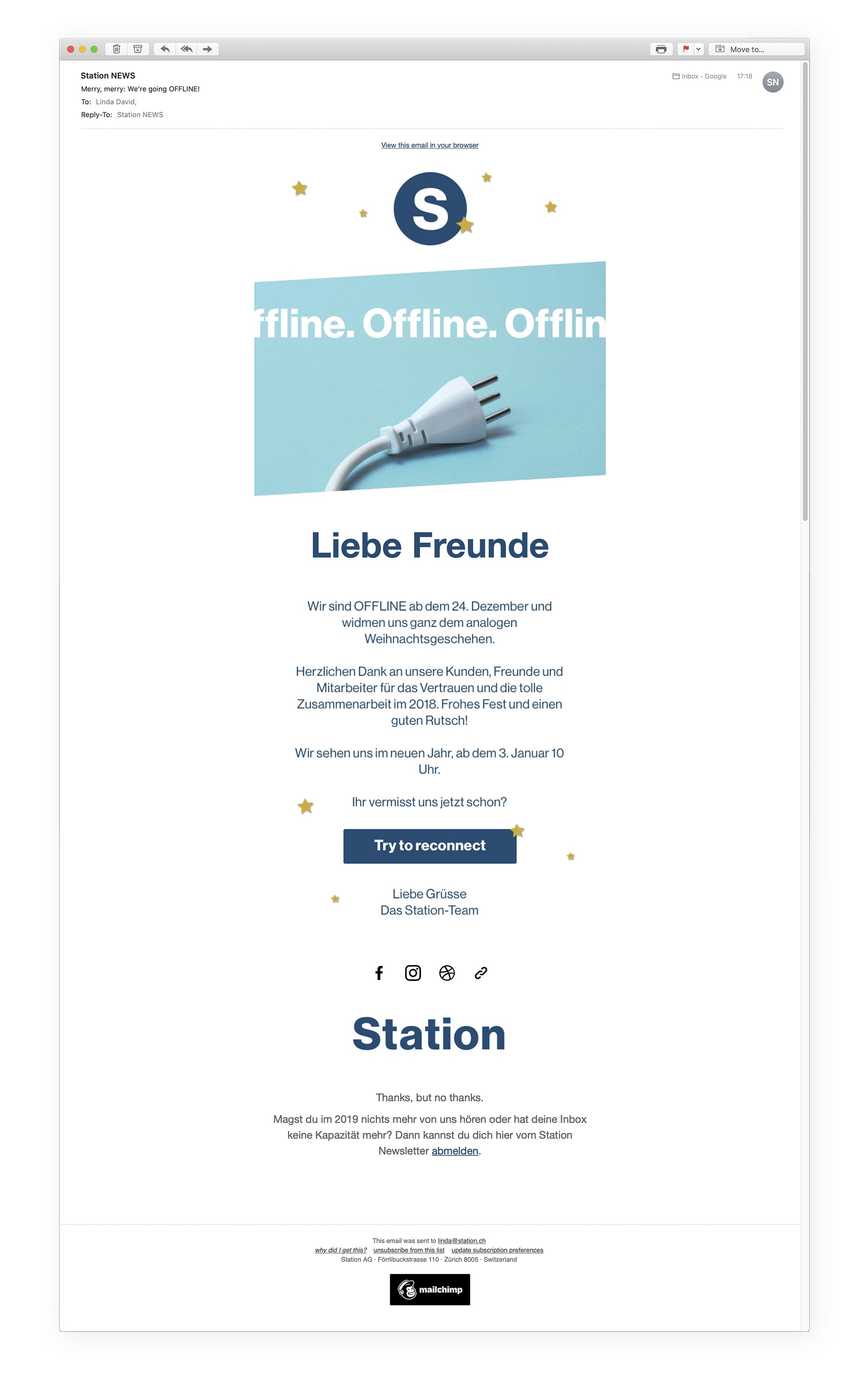